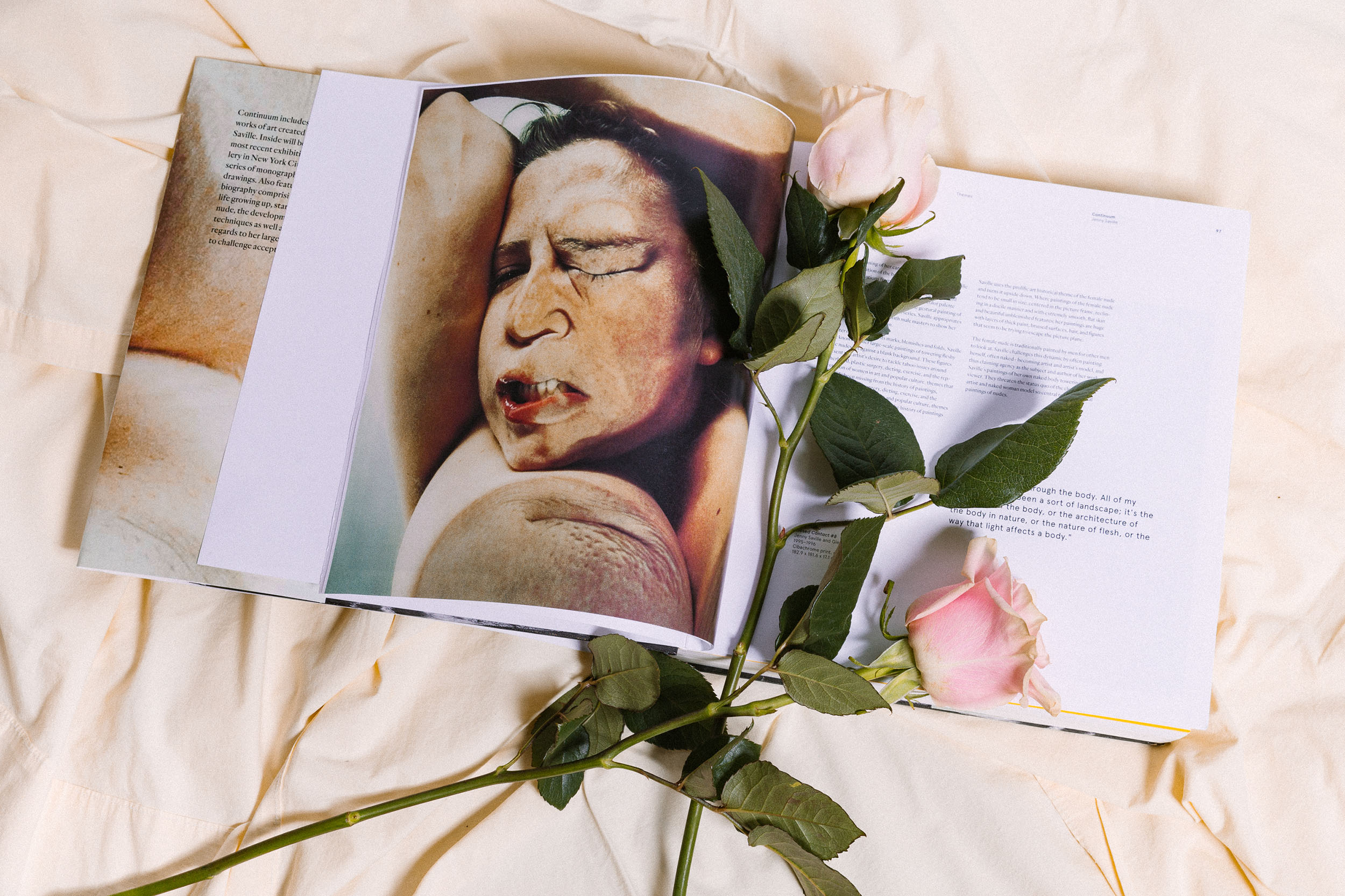 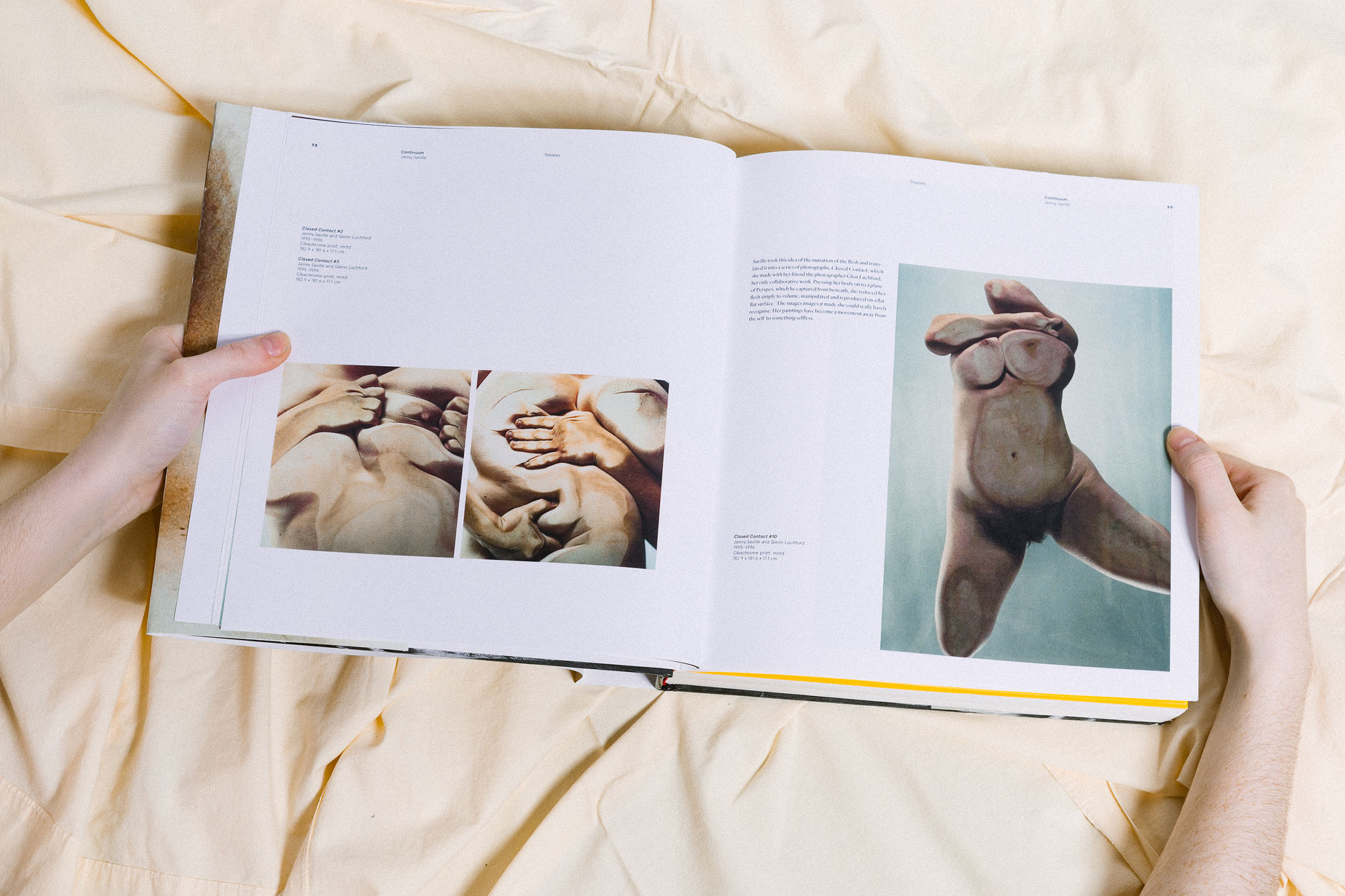 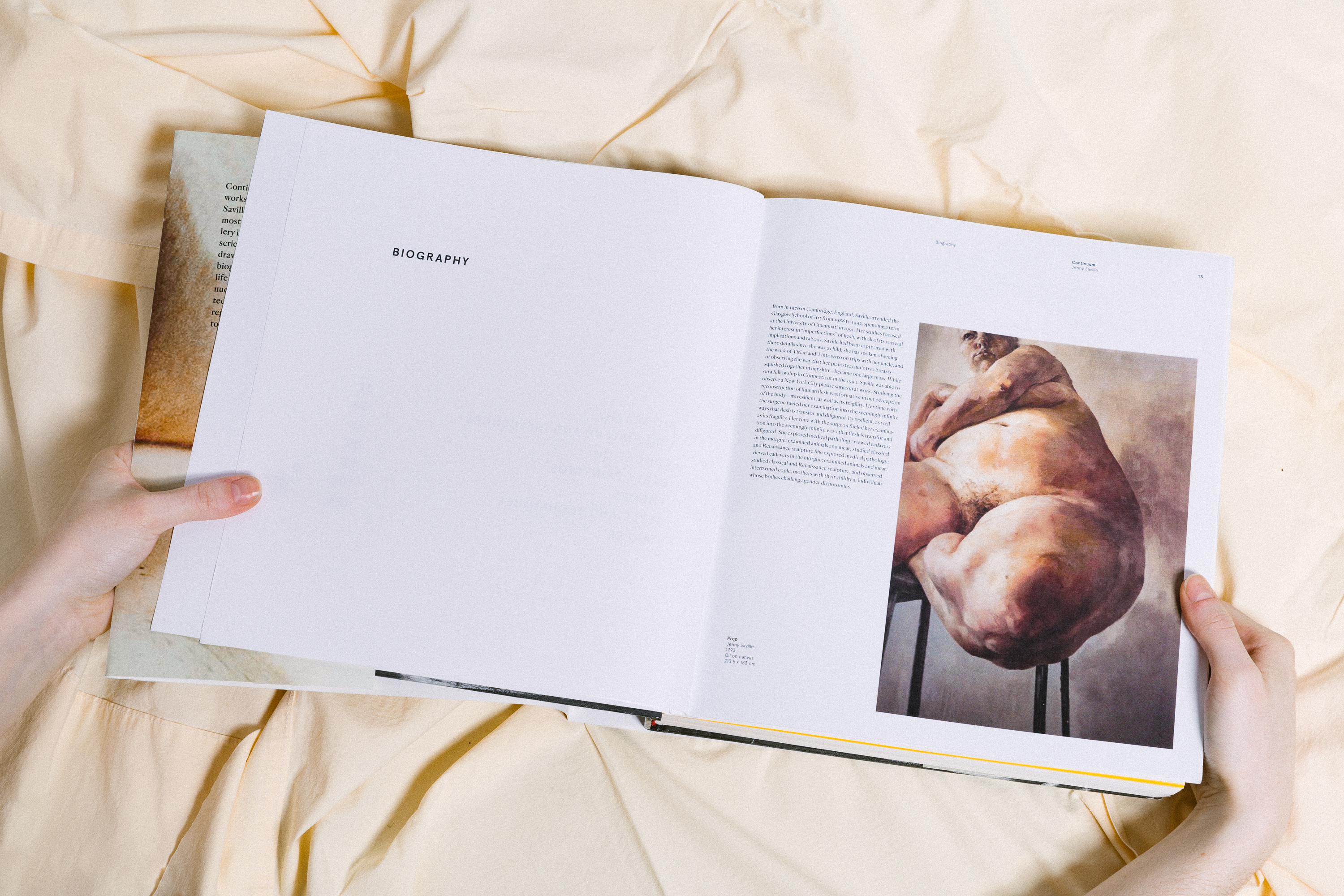 A simple layout was developed for the information inside the book, and images were given the space they deserved. 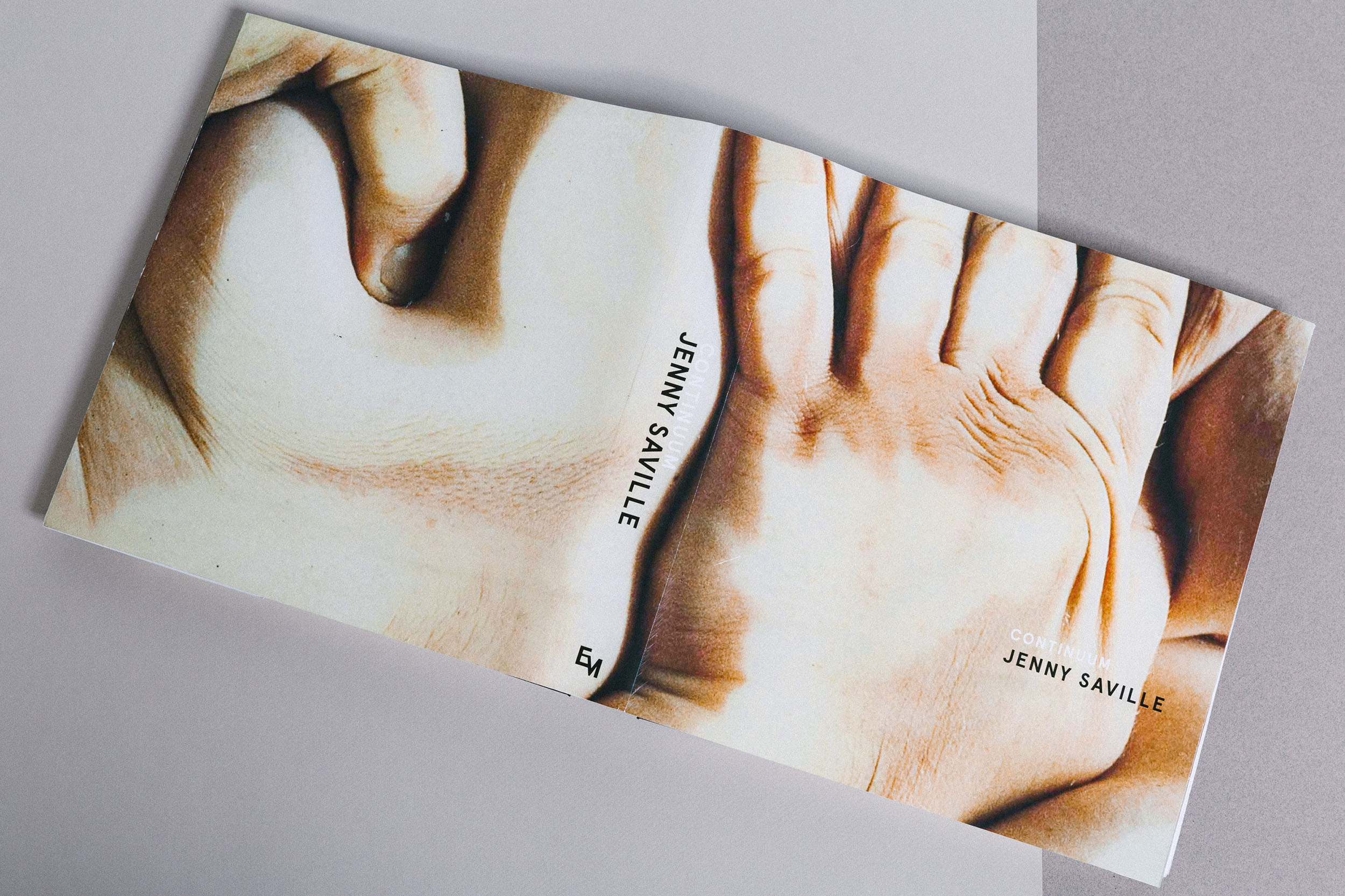 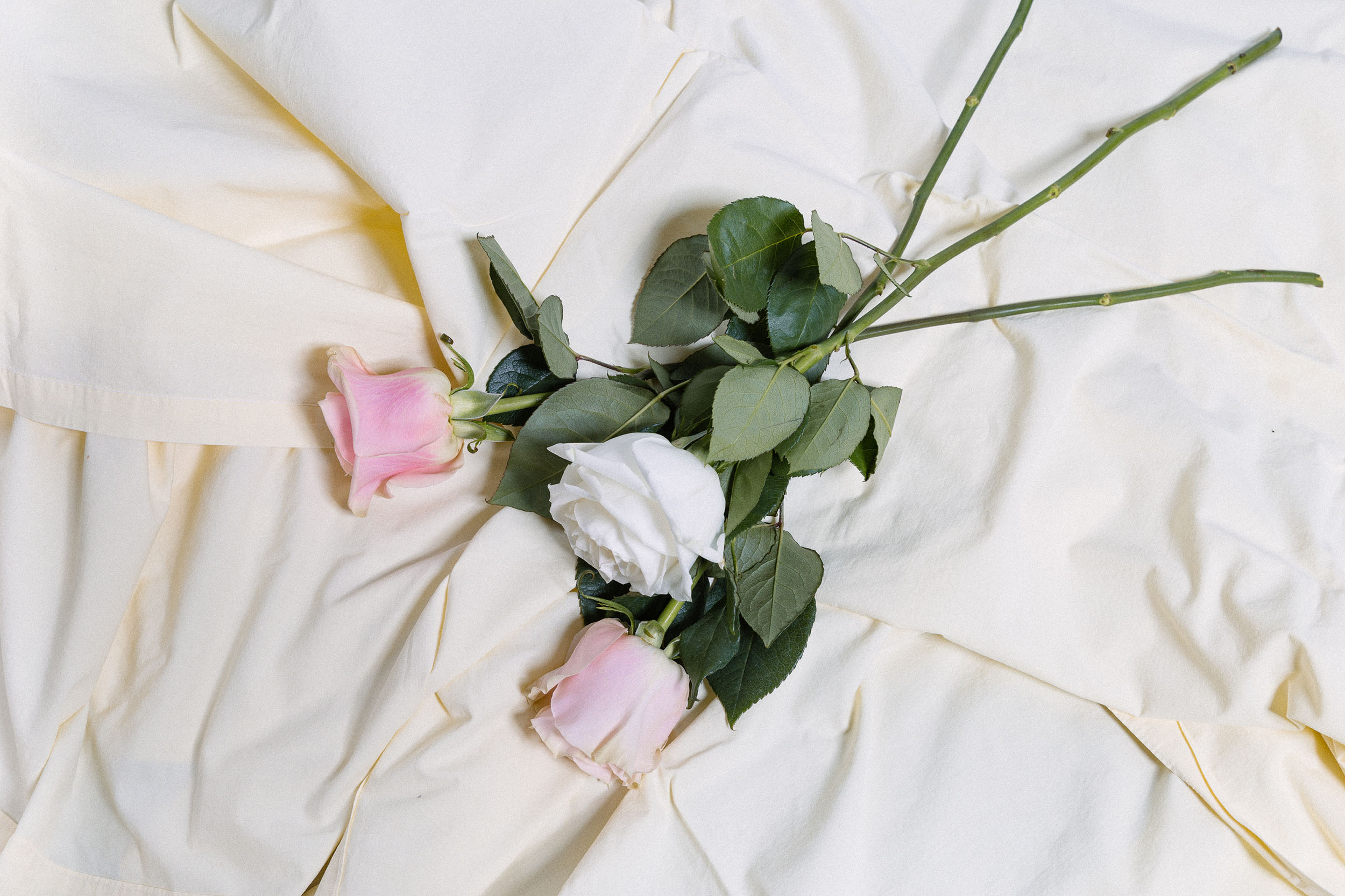 This is a book cover and layout I created on the British painter Jenny Saville, who is known for her large scale depiction of the female nude, specifically focusing on the grotesque and hidden parts of womanhood. The concept behind the design of the cover was to honour the large formats of her paintings. I chose to wrap a zoomed in crop of one of her own self portraits around the entire front and back of the book in order to show off the natural forms of the body that Saville tries to explore, but so many people try to hide. The typography is placed in a small size out of the way to not draw away attention from the actual image. The layout of the inside spreads is simple and puts an emphasis on the images. A serif font was chosen for the body text to match the organic forms of the body and give the book a classic and timeless look. This also creates a contrast with the otherwise "modern" way that Saville chooses to explore the body, which would not have been seen in older times.